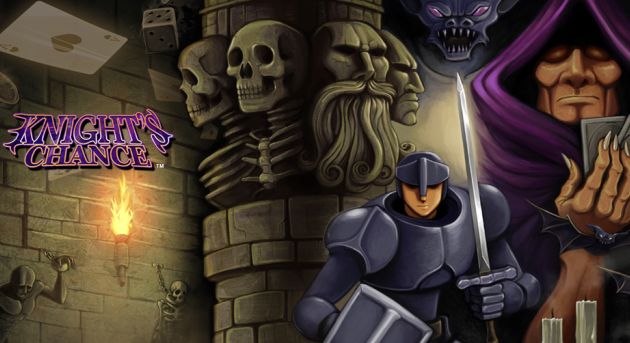 – Archaic : Hi Jeff, could you introduce yourself to our readers?
– Jeff Kurtz : A lot of people may know me as one of the [quieter] moderators from the Neo-Geo.com forums as JMKurtz or know of my work on Neo mods in the past and the Neobitz video encoders.

– Archaic : Can you tell us about your relationship with the Neo Geo?
– Jeff Kurtz : I’ve been a fan of the Neo since the very beginning; from the first time I saw the Neo in a computer store in the early 90’s, it had me hooked. I was totally amazed by Baseball Stars Professional and Ninja Combat. I played a couple other Neo games in college but I was too focused on schooling to really get into gaming. It wasn’t until after college that I really got back into the Neo. Looking for more information on the Neo, I found some like-minded people on what was called the DHP list, so I started trading some emails and made some good friends from the early days. So, I’ve been around the Neo for quite some time.

– Archaic : How the idea of developing on Neo Geo has come to you?
– Jeff Kurtz : I’m a programmer by trade and used to dabble in game programming before I finished schooling and went to work in the business world. Getting tired of just writing business applications at work all day and missing game coding, I thought it would be a fun challenge to start writing something on the Neo – my favorite game system. This was back in the late 90’s.

– Archaic : Can you tell us about your first steps in the development? And Neo-Pac?
– Jeff Kurtz : When I first started hacking at the Neo, MAME was in its infancy, but it provided a fair amount of information about the hardware registers. I started writing small test routines to get sprite data on the screen — just to get familiar with how the hardware worked. I invested in an eprom programmer and tore apart some cartridges so that I could test my progress on the real Neo. I wanted to write something other than another Tetris clone (everyone does that), so I wrote a quick Columns clone and started on some level map routines, which is where Neo-Pac was started.

While I was working on my development tools, I found another individual that was doing the same thing – Fabrice Martinez. He had put together a very nice C/C++ SDK, which was much further along than what I was working on. I started playing around with what Fabrice had worked on and started adding new routines to the library and started working on some GUI tools to make development easier. About this time, Ivan McIntosh came along and wanted to work on a sound tracker for the Neo. We hacked out a bare-bones Z80 driver and Ivan took it and added FM music and built a very nice FM sequencer – MVS Tracker was born.

I wanted to take a small break from Neo development but that small break turned into a very long break. Most of the stuff I had worked on was from around 1998 to 2001. Not too long ago, I found myself with a little more free time and an « itch » to write something on the Neo again, and to start building new tools and improving the C/C++ Neo Dev SDK even more. I had been answering emails for nearly a decade and would write small tidbits of code to help out other developers that were using the dev kit. I had a good handful of new functions again and wanted to get them into an update of the dev kit library. While putting the new dev kit together, I found myself wanting to make something real on the Neo…

– Archaic : How did the idea of Knight’s chance come?
– Jeff Kurtz : I started talking to a pixel artist (Tim Jonsson) who wanted to work on a Neo game too. I knew I would be very busy and there would be a lot of work to do (dev tools, dev library, game coding, etc.) and with a VERY SMALL team, just the three of us — Tim, Jerry (my brother) and myself, I knew we could not tackle a very big game with the expectations of ever getting it done in a reasonable amount of time. Tim and I exchanged a few ideas on some games we would like to create and we decided that we would create a « variety » game. We wanted something different, and I wanted something my daughter and wife would enjoy playing too.

Tim and I both like the medieval look and feel and decided that was the theme we would use for our game. 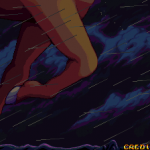 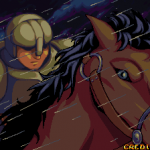 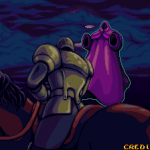 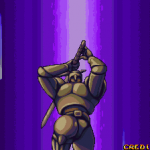 – Archaic : Can you tell us about the game’s development? What tools do you use?
– Jeff Kurtz : The new tools used to manage sprites and sound samples were developed as we worked on Knight’s Chance. Anyone that has used the old dev library is very familiar with the hassles of managing sprites in the build chain — a real pain in the ass. Our new tools remove all those headaches. For the « homebrew » scene, we had a very basic sound driver that Ivan (MVS Tracker) and myself worked on many years ago. Ivan did a very good job of implementing FM music but the driver didn’t work on real hardware. Since I was on my own this time around and I do not know the first thing about FM, I decided to create a driver that focused on ADPCM-A as a starting point.

– Archaic : Did you encounter any problems? What was the most difficult thing ?
– Jeff Kurtz : The only real problem is the size of our team and the amount of time it takes to complete a project. Teaching Tim the way sprites work on the Neo was super easy — he has a natural pixel-fu power! He was able to draw ready-to-use sprites from the very beginning. The hardest part of the game was coming up with sound effects. The next game, I want to see if we can find someone that can handle sound samples. The programming was super simple since that’s what Jerry and I do.

– Archaic : Have you been helped? How was the sound part?
– Jeff Kurtz :
One of my long time Neo-friends, Robi Uppin, created some great MP3 tracks for us to use in the game. I used our new ADPCM tools to convert them for use on the Neo. With the help of MAMEs’ debugger and the YM register information from wiki.neogeodev.org (go visit that site – great amount of knowledge there!), I put together a new sound driver and started working on the Neo Sound Builder application to use for our game.

While working on Demon’s Hollow (one of the games in Knight’s Chance), Tim had introduced a phantom character. We really like it and wanted to give that character a voice. A few members from Neo-Geo.com volunteered to do the voice and we opted to use Brian Castleberry. His voice work is awesome!

Late in the development of the game, we had a lot of feedback from people wanting Japanese support in the game. Fortunately, Andrea Bellezza had volunteered to help with this. He coordinated the translation with a couple native Japanese speakers and put together a very nice script for us to use in the game. He also did the voice work for the Phantom. So, if you play the game with Japanese turned on, the Phantom speaks Japanese. How cool is that?

– Archaic : Indeed ! How do you do to make and publish your own game? About cartriges and boxes.
– Jeff Kurtz : I had started working on a basic MVS board design (it’s pretty simple actually – look at something like Blue’s Journey for an example), but it was occupying a lot of my time. I already had my hands full with my day job, working on the development tools, updating the dev library and working on the game, so the boards were moving along very slowly. I had talked to a couple people that had experience doing this sort of work and one of them volunteered to do the design work for me. How can you say no to free help? This saved me an enormous amount of time and I don’t think I would be done yet if it wasn’t for this help.

Our MVS carton boxes were purchased from Arcade Shock – they are authentic SNK MVS boxes. 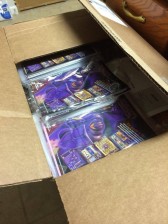 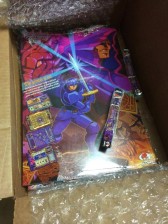 – Archaic : Knight’s Chance is available in MVS. Do you plan to release the game on AES? If so, when?
– Jeff Kurtz : Yes, we are planning an AES release (English and Japanese versions). The PCB design is done, but because I am a one man team when it comes to scheduling production, packing orders and shipping the games, I am waiting until we start shipping the MVS cartridges before I take order for the AES version of the game.

– Archaic : Do you have any other game projects? On Neo Geo again?
– Jeff Kurtz : Yes, we have been talking about other projects…

– Archaic : Jeff, thank you very much for taking the time to answer our questions.